Mother of Death and Dawn 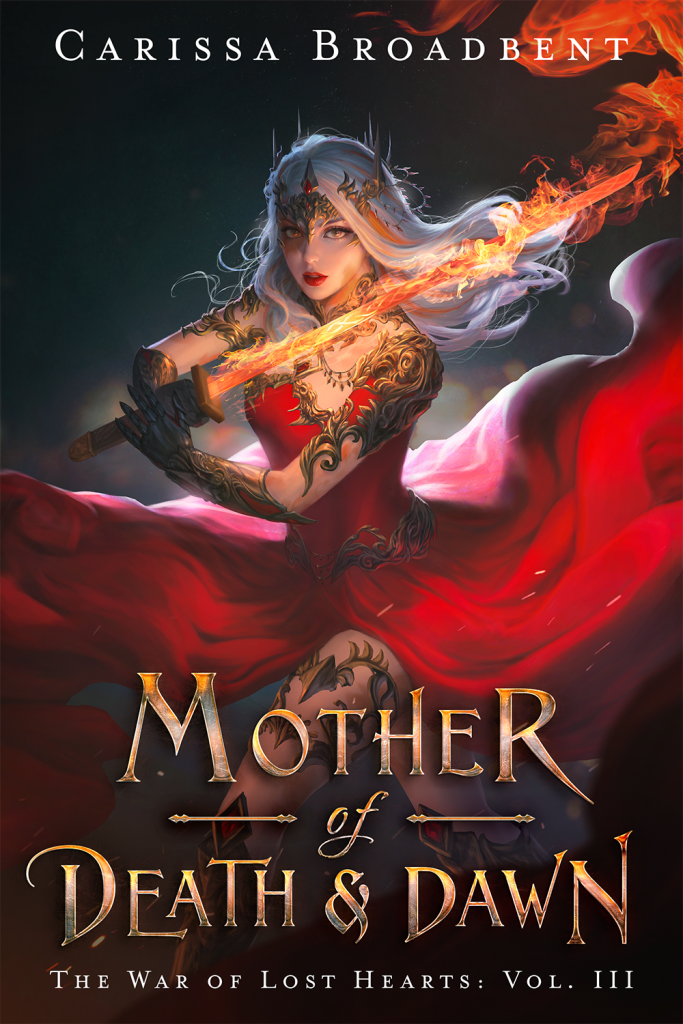 Tell me, little butterfly, what would you do for love?

Tisaanah has escaped slavery and made unimaginable sacrifices to become a powerful magic wielder. But in the wake of a crushing defeat that ripped her away from the greatest love she’s ever known, no magic is strong enough to save her from what’s coming next.

As the human and Fey worlds stand on the brink of cataclysm, Tisaanah is thrust into an impossible position. In order to rescue the man she loves, lead her people to freedom, and win a war driven by bloodthirsty vengeance, she must make choices that could reshape the world — or end it.

In the final volume of the War of Lost Hearts trilogy, a saga of romance, revenge, and redemption comes to a heart-wrenching close.